According to Wikipedia, which has a page devoted to the song; “Death Letter” is considered to be Son House’s “signature song.” Some refer to Mr. House’s style as “Delta Blues”, which originates from the Mississippi Delta region of the U.S. Wikipedia notes that, Delta Blues is one of the “earliest styles of blues music” and the most dominant instruments used are “guitar, harmonica, and cigar box guitar,” with the slide guitar being “a hallmark of the style.” 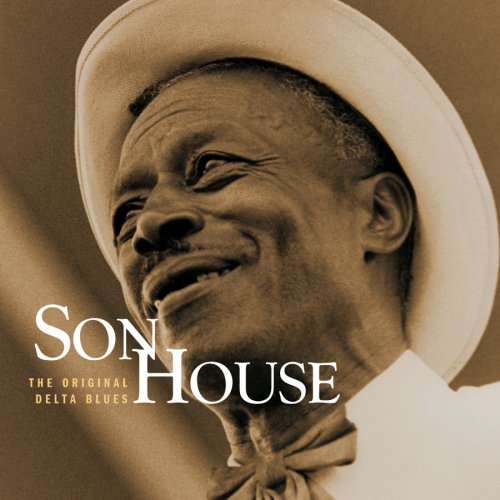 during the blues revival of the 1960’s.” He would alter the “tempo and lyrics for different performances”, sometimes playing the song a few times in the same show and “some renditions exceeded 15 minutes in length.” The song has been recorded by many other artists. A simple search on AllMusic.com turns up 297 results for “Death Letter” in songs. Many well-known singers have performed the song including: Lead Belly; The White Stripes; John Mellencamp; Kenny Loggins; Tony McPhee; The Blues Band; and the Grateful Dead.

Eddie James “Son” House Jr. was born on March 21, 1902 and died on October 19, 1988. He was an American blues singer and guitarist “noted for his highly emotional style of singing and slide guitar playing,” says Wikipedia. His innovative style utilized “very strong, repetitive rhythms, often played with the aid of a bottleneck, coupled with singing that owed more than a nod to the hollers of the chain gangs,” according to mojohand.com. Although Mr. House harbored a dislike for secular music he turned to blues performances at age 25 after spending some years as a church pastor. This struggle to cope with his conflicting lifestyles (preacher vs. blues musician) was reflected in many of his songs, says BluesCentric.com,

The song feels very genuine. The lyrics describe a man, receiving the upsetting news that the woman he loved has died, and rushing to pack a suitcase to leave immediately to attend her funeral. It describes the man seeing her dead, “laying on the cooling board”, and feeling the greatest sense of love lost at the burial as “they began to let her down.” The constant rhythm and strophic form is soothing. It’s predictable; we can tap our foot to it, and know what’s coming next. The success in Mr. House’s song is the strength found even in times of deep sorrow and grief.

Our Video on Son House  & His Famous Song "Death Letter"

Please share your thoughts about Son House's song, or other blues songs that have spoken to you.
Have you ever received news of the death of someone you loved by letter or email?
Did you attend the funeral or memorial service? Why or why not?