LaDonna Adrian Gaines aka Donna Summer was born in Boston, Mass. in 1948. One of seven children, she launched her 1st album, “Lady of the Night” in 1974. She was catapolted into discotech stardom with Casablanca Records release of the sexually charged international smash hit, “Love to Love You Baby. Her success spirited an onslaught of creativity.
Donna Summer quickly rose to world wide fame and through the 1970s earned 5 Grammy awards,  landed No 1 Billboard Hot 100 hits plus numerous gold and platinum records for such infamous works as:

She appeared in the 1978 film: “Thank God It's Friday" which won the best original song Oscar for "Last Dance." She was the first singer to have three consecutive double albums reach #1 on Billboard top 100.
Summer died in Key West, Florida Thursday May 17th 2012 as a result of breast cancer while working on a new album. She is survived by her husband, three daughters and four grandchildren. Summer was 63 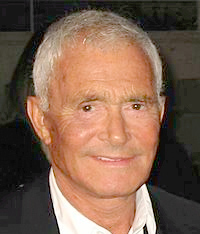 English hairstylist Vidal Sassoon was born in London in 1928. Mr. Sassoon was the child of poor parents. He began his working with hair apprenticing under Raymond Bessone in a salon in Mayfair when he was just 14 years old.


Vidal Sassoon revolutionized hairstyling and created an international fashion empire. Sassoon’s geometric sculptural hair designs like the Nancy Kwan bob and the five-point cut were inspired by Bauhaus architecture. He developed a sleek tight helmet like look with a cut at the nape of the neck with a pointed spike descending just in front of each ear. Sometimes dubbed “the wash-and-wear look” the geometric styled cuts liberated women from the hassle of going to bed with hair curlers and making frequent trips to the salon.


Sassoon opened his first salon in 1954. He opened salons on Bond Street in London, Madison Avenue in New York and, Beverly Hills thereafter. Ultimately, Mr. Sassoon's would be the first hairstylist to develop a worldwide chain of hair salons with more than 20 other establishments.

Sassoon also created the well known hair products, shampoos, and conditioners famous today and was one of the first to have his company purchased by a major corporation (Proctor & Gamble).

In 1982, Sassoon founded the Vidal Sassoon International Center for the Study of Anti-semitism, (SICSA). He also authored several books, including “A Year of Beauty and Health”. He also created a 1980’s TV series called “Your New Day with Vidal Sassoon”. A lesser known fact, is that Sassoon was appointed “Commander of the Order of the British Empire” (CBE) in a 2009 Birthday Honours.


Most recently, a major motion picture documentary about his life was filmed.
See Trailer below

Sassoon died in his LA home of natural causes. He was 84. He is survived by his wife, Rhonda, and three children. 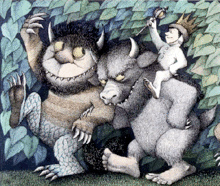 Maurice Bernard Sendak was born in Brooklyn New York on June 10, 1928. His first job as an illustrator was working on the “Mutt and Jeff” comic strip. Famous for his work as a designer of theatrical sets, musician, and most of all self-taught children's book author illustrator of “Where The Wild Things Are” and over a dozen other picture books.
Including:

22 of his books have been named New York Times best illustrated books of the year.

His list of awards included:
Took inspiration from his own like and the work of his life partner, Eugene Glynn, who was a psychiatrist specializing in the treatment of youth who had died in 2007. Maurice Sendak died in Danbury, Connecticut from complications of a recent stroke he had had recently. he was 83.

Brooklyn, New York City Rapper Adam Yauch has died after battling cancer for the last 3 years. His work with The Beastie Boys starting out as a hardcore punk band with albums like "Polly Wog Stew" that evolved into hip hop with a slew of hits such as "License to Ill", "Paul's Boutique," "Check Your Head" "Ill Communication, and "Hello Nasty”. Last month the Beastie Boys were inducted into the Rock and Roll Hall of Fame.

But Adam was much more than a performer, he devoted time, energy, to fundraising efforts for such causes as freeing Tibet and environmental issues. He put together a series of concerts, for Tibetan Independence known as “The Tibetan Freedom Concerts” against Chinese oppression, as well as forming a successful motion pictures production company Oscilloscope Pictures.