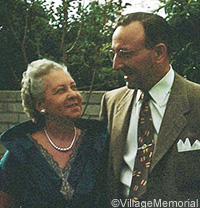 Nursing homes have a responsibility to provide a safe environment for their residents. They cannot put patients in positions at risk to their health and romantic relationships are often allowed if in agreement with the resident’s family.

One facility’s method is to encourage friendship; but mostly try to discourage extensive physical closeness if there is dementia or physical impairment. “As care providers, we must allow individuals their freedom and independence to make those decisions.” Care facilities can hold weddings, allow for boyfriend-girlfriend, and same-sex relationships. Sometimes inpatient relationships can push limits. As one nurse describes it, “We do accommodate people’s sexual preferences and sexual needs even if they have a mild dementia.”

One caregiver describes a very happy couple that met at her facility. “Actually I just got a card from a lady who is not demented, but had lived here as a patient and was very, very sick. And she writes to her on January 19th of this year, ‘Dear everyone, some of your patients do get well, you make them better. I thank you for your medical care, and for caring for me as a person. I moved out in January. Just before Thanksgiving I met a man who was recovering from a bad fall. We fell in love like two teenagers and married in September. We wanted to let you know, thank you, and wish you a wonderful new year.’ So you know, the most amazing things happen. We try to help people to live and feel hopeful even if they have a medical diagnosis like dementia or some other condition.”

One couple with mild dementia married at the care facility. “They both had their faculties and the families encouraged the relationship. The man’s wife had died, so he got remarried.”

The facility retains a cautious stance on intimacy. “We don’t encourage behaviors that we cannot manage, or that they [the residents] can’t manage. We had a couple who were having sex right here in the garden room. It was pretty close for the staff, but we allowed them until it became a danger for the lady who needed oxygen.”

Sometimes the staff has to intervene with inappropriate behaviors. “We’ve also had men who fondle woman from time to time and it’s really inappropriate. When this happens we call in adult protective services. We had to warn one man, his wife lived across the street at the assisted living and he was in our memory care. And she had to tell him; you know if you don’t stop this we’re going to have to move you to an all male facility. Sometimes you have to move people to keep everybody safe. Despite all our efforts, sometimes folks are asked to leave. But we give them chances to reform before being kicked out.”

Have you had to discipline a resident who was acting out sexually? Or perhaps you have witnessed successful new romances grow at your facility? Please share.