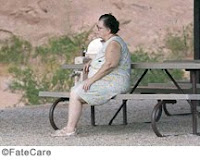 Many friends I have are either widows or in second or third marriages to younger men. The fact that women outlive their men is a fact many women will face, though I see the strength it has provided some of my friends. My good friend Lily, widowed for four years, says she can now eat what she wants, when she wants, and without complaints. She cleans the house and kitchen and it stays clean for days or until she messes it up herself. She travels alone on long road trips to visit friends or family. She spends time pursuing her multiple hobbies and interests without anyone to hold her back or complain. Without her husband to stop her, Lily was finally able to sell and move out of the house they shared and move into a smaller apartment, something she’d been wanting to do for nearly a decade. Lily is just one of the women I’ve seen thrive in widowhood. As Ray (2004) refers to Helibrun’s essays, “the move toward self-knowledge and authenticity, the freedom to choose our own projects without guilt or self-recrimination, the importance of perpetual becoming – vibrate with crone energy” (p. 116). For my widow friends, life as a single person in later life has not been a death sentence but key to freedoms unavailable to them during marriage – namely “crone energy”.

Not only do most women outlive their spouses and live many years alone, their health in later years may require additional caregiving. If they have been long time caregivers beforehand, they may have spent or lost opportunities for significant retirement savings. “‘Women who take early retirement or otherwise modify their employment to provide care not only lose wages and wage-related benefits, but also jeopardize their own sources of income for their later years’” (Holstein, 1999, p. 233). When women begin to need long-term care themselves, lack of funds can create complications as “Medicare does not reimburse long-term care and covers home health care only if there is no one at home to provide it” (Nelson, 1999, p. 90).

“The longer lives of women and the relatively older ages of men at marriage mean that men have spouses to care for them while women are likely to be widows” (Holstein, 1999, p. 230). Considering my friend Cat’s second husband turns 80 years old next year, and she is still in her 50s, she will likely outlive her husband. In later life, she will probably require an in home caregiver or need to move to a retirement home. She will be just one of many women facing her caregiving needs alone.