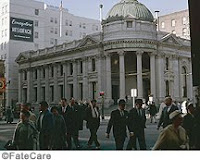 On my last visit to my grandparent’s house I discovered many duplicate copies of Reader’s Digest. Apparently my grandmother was receiving multiple subscriptions concurrently. As the name and address information on the mailing labels was exactly the same I could not understand why the magazine had not added the additional subscriptions to one subscription, instead of sending several copies each month.

Confusion relating to magazine subscriptions is not hard to understand. I have received multiple requests for renewals with many of the publications I’ve subscribed to even after paying to renew them. However, when magazine subscriptions are foisted upon the elderly who spend much needed fixed income dollars on lengthy subscriptions that outlive them, we must demand accountability of these publishers.

A recent article I read in AARP’s Bulletin called “Outrage: A Runaround for Magazine Refunds” really hit home. Mr. Grantham found upon his father’s death (at age 93) that the poor man had subscribed to TV Guide through 2017 and U.S. News & World Report through 2023. “Grantham’s father would have been 108 years old by then” (Diament, 2009).

Even more disturbing than the fact this elderly man was duped into buying years of subscriptions was the fact that his son, upon his father’s death, was only able to cancel the subscriptions but not able to obtain a refund for the unsent (350 to 400) issues. Apparently the fact that “Grantham’s father purchased them through contracting companies, not directly from the magazines” (Diament, 2009) is the excuse given for the lengthy delay in refund.

The good news was that Mr. Grantham was able to secure an immediate refund from Newsweek magazine. A quick search online turned up other publications that offer refunds for unsent subscriptions: PC Magazine, Better Homes and Gardens, American Craft Magazine and others as well as magazine vendor: magazines.com.