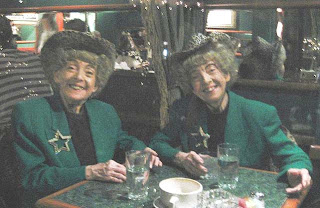 Fashion icon Vivian Brown, one of the beloved San Francisco twins, has died at age 85 after suffering complications from a fall last July.


Did you meet the twins? Let us know - Share your story below.