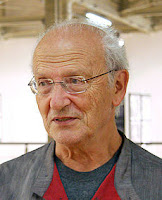 The world has lost another great creator. Legendary comic book artist and illustrator “Moebius” died of cancer today March 10, 2012 at age 73 in Paris. Jean Giraud was born in Paris, France. The name Moebius was the pseudonym he used since his early science fiction work. He was the visionary artist, illustrator, behind such films as Tron, The Abyss, Willow, and The Fifth Element. His work has inspired a generation of young artists who spent countless hours teaching themselves to draw by copying images of Blueberry, and images from “Arzach” and “The Airtight Garage”. Moebius was also one of the original founders of the magazine “Heavy Metal”.