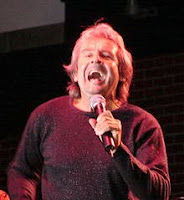 Monkees Singer Davy Jones has died.
Davy Jones and the Monkees band performed from 1966 – 1971. Jones was the lead singer and teen idol who later stared in The Monkees own show and other TV hits such as The Brady Bunch
and appeared on “The Ed Sullivan Show” on the same airing as the Beatles.

Davy Jones and the Monkees were best known for songs such as “Im a Believer” “Day Dream” and Pleasant Valley Sunday” His last live performance was held on 2/19/2012 in Oklahoma.
He is survived by his wife and four daughters. Davy Jones born inManchester, U.K., on Dec, 30, 1945, dies of a heart attack at 66.