Women & Aging in the Media 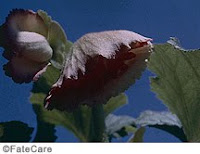 I found this article in the Wall Street Journal back in January. The article was an unforgettable one, which discussed the way some “boomers” are not feeling that the traditional names of “grandma”, “grandpa”, “granny” or “gramps” fit how they see themselves. Some of these individuals are choosing their own names that their grandchildren can call them in which they can continue to feel youthful despite their role as grandparents (a role generally perceived as occurring when older in age). I believe that if it makes new grandparents feel more individual, unique or even younger to have a name that fits their own ideas of self, they should have the right to decide that. No one should be made to feel bad about how they view themselves just to comply with traditional monikers.

I liked this comic specifically because I felt it addressed the question of “When is an old woman old?” In this comic, the child sees her mother as being old when one could imagine that the child’s mother sees her own grandmother or mother as being old. Age, like beauty, is in the eye of the beholder. Perception plays a key role in who views a woman as being old. Additionally, this comic reminded me of the cyclical fact of time and age in how there always will be someone older than you are now.

This ad was one grabbed my attention mostly because of the turtle. However, I noticed that my reaction to this ad changed as the longer I looked at it.

First, the ad appealed to me with the cuteness of the image. Second, I found the ad a bit disturbing with what being compared with a turtle implied. Third, I became unnerved by the message because it implied that 40 is not an age to one should want to look. Fourth, I made the connection of why a turtle had been used. The turtle, the ad states, is nearly 60 years of age and does not look “a day over 30”. While I was relieved to finally understand why a turtle had been used, I was disappointed with its offensive stance on age. Is 30 old? Is 40 too old? What about the turtle of 60 years in age, is she too old? Or is this turtle just right because no one knows she’s 60 because she only looks 30?

Clinique makes some very strong, yet conflicting statements with this ad that I wasn’t sure were entirely tasteful.

This was an interesting article I found both inspiring and concerning. While I found it inspiring to see an accomplished scientist still working in her field with the confidence and clarity of mind that some others her age or even younger lack, I was not sure I would want to be working that long into my life. However, in the turmoil our economy now stands, I believe we will continue to see more and more people working well past the traditional retirement ages of the past. I can only hope that like Ms. Montalcini, we will have the clarity of mind and vigor to live such long and fulfilling lives.