Mahalia Jackson's Black Gospel Spiritual song “Just a Closer Walk with Thee” is a popular hymn played/performed at funerals. According to Wikipedia, which has a page devoted to the song there is no known author for “Just a Closer Walk with Thee”, although some early references out of Atchison County, Kansas “credit an Africa-American foundry worker, Elija Cluke, as the writer.” Some evidence suggests that the song dates back to “Southern African-American Churches of the 2nd half of the 19th century”. The song gained popularity in the 1930’s at the Black Camp Meetings. Although frequently used as an instrumental dirge in traditional New Orleans Jazz Funerals, the vocal version of the song is often played or performed at funerals. 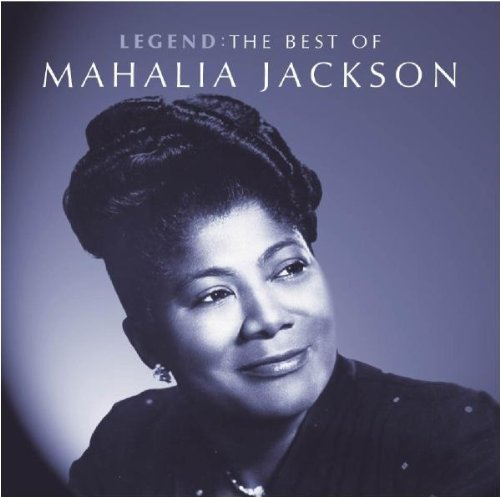 Wikipedia notes that the “Selah Jubilee Singers” made the first known recording of the song on October 8, 1941. However, the song has been recorded numerous times.  On AllMusic.com, a simple search of “Just a Closer Walk with Thee” turns up 1,755 results for “songs.” A number of well-known singers have performed the song including Patsy Cline; Willie Nelson; Loretta Lynn; Patti Page; Little Richard; Brenda Lee; George Jones; Ella Fitzgerald and Louis Armstrong – just to name a few.

Mahalia Jackson was born on October 26, 1911 and died on January 27, 1972. Known as “The Queen of Gospel” she is said to have been “one of the most influential gospel singers in the world”. Mahalia began performing at the tender age of 16 in 1927. Thus, began her 44-year career in which she would record over 30 albums.

Even after hearing this song many times now, by various singers, this song has an uplifting spirit. Ms. Jackson’s voice is joyous, soothing and feels genuine. The soft, constant and steady beat is comforting in its predictability. The lyrics depict a person who is asking to be closer to the Lord and looking forward to a better life after death. I do think this song is helpful to families hoping their loved one has gone to heaven, and this is likely why so many choose to play it at funeral/memorial services.

Please share your thoughts about comforting/healing music:
How do you feel when hearing Mahalia Jackson's song?
Are there other songs you feel are comforting to hear during a time of grief or sadness?