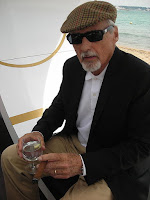 On May 29, 2011, it will one year since the passing of Dennis Hopper, a legendary American Film Actor and Director. His long career included many notable films including, "Easy Rider" (which he directed), "Apocalypse Now", "Hoosiers", "Rebel Without a Cause", "Giant" and "Blue Velvet".