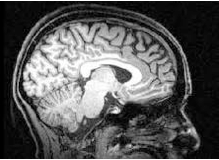 Every morning my father practices a daily activity of speed-reading on various topics. Over decades of practice he has improved his cognitive recognition and retention of some the most challenging academic disciplines - rapidly. Most exciting is his claim that the wide array of challenging topics chosen for these exercises actually improves his ability to learn. The more difficult the book, the more stimulating the effects are on his mind lighting up with the euphoria of new learning. Recently, he has become increasingly interested in finding ways to explain, test, and share his experience with others.

Effortful learning may help to slow the effects of an aging mind. In fact, involvement in mentally challenging activities could slow the rate of cognitive decline caused by degenerative diseases. “Learning to Learn” is a method of boosting problem-solving skills. It enhances neurogenesis, which is believed to prevent and or treat disorders that lead to cognitive decline.

When learning is difficult, neurons throughout the hippocampus become fully engaged. This is important because when a mind is not challenged, new neurons lack the stimulation required to exist. The most opportune time to learn is when newborn cells, which start life unspecialized, begin to differentiate into neurons and respond to neurotransmitters. It is important to note that there is a critical window of time in which learning can save newborn neurons. Training before this time is too early.

An enhanced capacity for learning demonstrated by rats continually challenged with difficult learning exercises, showed that stimulating neurons throughout the hippocampus was necessary for them to be fully engaged. Research also showed that activities involving cognitive effort were responsible for new neuron development. When unchallenged, new neurons lacked the stimulation needed to survive and consequently faded away. For example, animals that were slow to learn and required more trials to learn task mastery ended up with more new neurons than animals that learned quickly. The findings also showed that more successfully an organism learned the material, the higher number of new neurons were retained. This proves the hypothesis that learning that requires concerted effort stimulates new neurons.

The theory was tested by injecting animal test subjects with BrdU at the beginning of an experiment. One week later, subjects were recruited into the eyeblink training program. The remaining subjects were not stimulated with challenging activity (control group). Some days after training, it was found that the challenged rats retained more BrdU-labeled neurons in the hippocampus than did the control rats. The study also found that before cells can be wired into the brain with neurons, new cells must be somewhat mature before they can respond to learning.

As science searches for solutions to mental diseases like Alzheimer’s, and other causes of debilitating progressive memory loss and learning ability, finding ways of delaying the maturation of mental decline could lead to the preservation of self reliance and more rich and fulfilling living throughout our twilight years. Possibly my father’s experience with subliminal reading could become more a widely adopted practice to keep ones mind active. It might even help avoid the debilitating effects of aging on the mind. (Learn this technique at: ShhTract.com.)