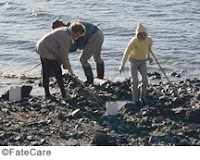 The elderly should be mindful of how much help they accept and caretakers should be cautious of offering too much help are the fundamentals of an idea called “wise independence”. Ruddick (1999) describes the idea of wise independence as “the capacity to plan and control one’s life, combined with the willingness to acknowledge one’s limitations and accept help in ways that are gratifying to the helper.” The elderly person and his or her caretaker should “create between them and for each other a workable balance between letting go and holding on, assertion and acceptance, intervention and letting be” (Ruddick, 1999).

A real risk exists when people let go of their independence to become too dependent on caregivers. Ruddick (1999) explains that, “a caring person should know that if she hovers and insists she may encourage in the person she cares for a despairing acquiescence that is as life-ending as the ‘fall’ she would prevent” (p. 58).

Clark (2003) experienced this situation with her mother who moved into a “nursing home for a few weeks rest.” Although her mother, in her late 70’s, had suffered debilitating arthritis for many years that was so bad that “she probably would have been confined to a wheelchair”, her independent life prevented it. Clark (2003) explained how “her [mother’s] need to do for other people was so great that she kept pushing herself, forcing activity on those aching joints willing them to function.” However, shortly after Clark’s mother entered the nursing home, she witnessed a drastic decline in her mother’s energy. Clark (2003) described that “as soon she began to take it easy, everything in her body slowed up…She could no longer take care of others” and she died a few weeks later.

A similar decline is occurring in an elderly relative who recently entered a retirement home. Pedro, who is in his mid 80’s, lived independently as a retiree without any caregiving assistance until two years ago when he suffered his first fall. Pedro. tripped over his rambunctious dog, Nero, and suffered a minor injury. Since then, Pedro began to accept the help of a caregiver. As Pedro began to increasingly rely upon his caregiver he did less for himself. He delegated errands, shopping, house care, yard care, and personal budgeting to his caregiver and thus began to require even more help until he moved into a retirement home in June this year. Since his arrival at the retirement home he has fallen multiple times. The last fall resulted in a broken elbow. He has since been hospitalized.

When Ruddick (1999) explains that “both living and caring well involve a changing process of adjusting, accepting and appreciating the living and caring that remains possible,” (p.58) I see how a lack of “wise independence” negatively affects the elderly. I believe that Pedro’s comfort level with caretakers just minutes away has led him to be less cautious when walking or moving about his apartment. In this sense, Pedro is becoming even more dependent on the caretakers and much less independent. I now fear for Pedro’s health, that it might decline even further now that he has no requirement to care for himself.

Wise independence is not merely just an encouraging idea; it is a vital component in the health and longevity of the elderly. Caregivers and the elderly must be mindful of the independence vs. assistance balance, so they do not create excessive vulnerability and dependence on the caregiver(s).