Take It With A Grain 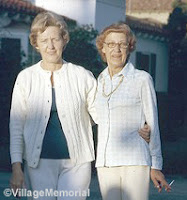 As we understood it, our grandmother had Alzheimer’s for the last 10 years of her life (2002-2012). However, upon researching some of the symptoms of Alzheimer’s we now recall behaviors that fit the recognized symptoms of Alzheimer’s much earlier on. In the mid 1990’s our grandmother believed someone had stolen something out of her purse at the grocery store. (This was very uncharacteristic behavior.)
As far back as the mid 1990’s, marked grandmother’s dismissal of important discussions and events with short phrases (most commonly) “Take it with the grain.” Although her usage suggested, “dismiss it – it’s not important” the real meaning of the idiom according to the online dictionary is “to consider something to be not completely true or right.” So, at that point she was already mixing up idioms. Our belief was that her dismissals indicated apathy or lack of interest. However, in hindsight the improper idiom usage suggests something far more serious brewing. The idioms she used quickly ended conversations, and considering another symptom of Alzheimer’s is problems finding words and/or expressing oneself in conversations, it might have been the root cause for her to say such things.
Around the late 1990’s grandma nearly stopped driving. Although she never explained why she seldom went out alone, it seems likely that she was becoming fearful of getting lost in her own town.  When grandpa chose to move them both to San Diego in 2000, grandma never drove again. Considering how she was not confident enough to drive freely in a city she’d lived in for over 30 years, we can only imagine how fearful driving around an entirely new city would have made her.
When looked at through the filter of early-onset Alzheimer’s symptoms, we see that our grandmother’s development of the disease began much earlier than any of us realized.
Statistics on Alzheimer’s
It is estimated that around 18 million people worldwide have Alzheimer’s, according to the CDC’s webpage on World Alzheimer’s Day using numbers provided by the World Health Organization (WHO). The WHO estimates the number of people with Alzheimer’s to total 34 million by 2025. Some additional facts as highlighted by the CDC’s website on Alzheimer’s are:
·   2.6 million to 5.2 million Americans have Alzheimer’s.
·   Alzheimer’s is the 6th leading cause of death for adults over age 18.
·   Alzheimer’s is the 5th leading cause of death for adults over age 64.
·   Presently, healthcare costs for persons with Alzheimer’s are $183 billion in the US.
Diagnosing Alzheimer’s
According to the Alzheimer’s Association (ALZ.org), “there is no single clinical
test that can identify Alzheimer’s.” For diagnosing Alzheimer’s, ALZ.org explains that evaluation methods include “a complete health history, physical examination, neurological and mental status assessments, analysis of blood and urine, electrocardiogram, and possibly an imaging exam such as CT or MRI.” A 2011-2012 progress report by the National Institute on Aging explains advancements in detecting Alzheimer’s to include genetic markers, insulin resistance and brain glucose uptake; cerebrospinal fluid (CSF) biomarkers; imaging the living brain (looking for cortical thinning); combining genetics, CSF and Imaging Biomarkers; Sensory changes (like loss of smell) and Motor Changes (walking speed changes). [This last marker of gait speed predicting Alzheimer’s was researched by Portland’s very own Oregon Health and Sciences University and announced in July of 2012.]
Symptoms of Alzheimer’s
According to the Mayo Clinic, some symptoms of Alzheimer’s disease include:
·   Memory (unknowingly repeating statements, forgetting appointments or conversations – and not remembering them later, misplacing items, forgetting names of loved ones or everyday items)
·   Disorientation & Misinterpreting Spatial Relationships (losing the sense of the day of the week or seasons of the year, “getting lost in familiar places”)
·   Speaking and Writing (trouble finding the right words to identify things or express oneself, trouble taking part in conversations)
·   Thinking and Reasoning (problems managing finances, balancing checking accounts, and keeping track of bills, usually attributed to difficulty recognizing and understanding numbers)
·   Making Judgments and Decisions (burning food on the stove, trouble driving)
·   Planning and Performing Familiar Tasks (familiar routines and tasks become a struggle, such as planning and cooking a meal or playing a game)
·   Changes in Personality and Behavior (some people with Alzheimer’s may experience: “depression, social withdrawal, mood swings, distrust in others, irritability and aggressiveness, changes in sleeping habits, wandering, loss of inhibitions, delusions, such as believing something has been stolen.”
Biological Causes of Alzheimer’s
The Mayo Clinic lists the causes of Alzheimer’s as resulting from “a combination of genetic, lifestyle and environmental factors that affect the brain over time.”  Alzheimer’s disease “damages and kills brain cells” and with fewer brain cells there are “fewer connections among surviving cells” of the brain leading to more cells dying and “significant brain shrinkage.” Two abnormalities of the disease have been noted, according to the Mayo Clinic as plaques (“clumps of a protein called beta-amyloid…interfering with cell-to-cell communication”) and tangles (the internal system of the brain carrying nutrients and other essential materials depends on a protein called “tau” and when tau protein twists into “abnormal tangles inside brain cells” this leads to “failure of the transport system” which causes “decline and death of brain cells.”)
Alzheimer’s Lifestyle Risk Factors
According to the Mayo Clinic some Alzheimer’s disease lifestyle risks include: “lack of exercise, smoking, high blood pressure, high blood cholesterol, poorly controlled diabetes, a diet lacking in fruits and vegetables, and lack of social engagement.” Other factors may include previous trauma to the head, gender (more women than men develop Alzheimer’s), family history and genetics, and age (the risk increases after age 65 and “nearly half of those older than age 85 have Alzheimer’s” says the Mayo Clinic.
Please Share With Others & Add your Comments Below
Our hope is that by sharing and talking about Alzheimer’s experiences with others, we can help to inform those who are less aware so they may watch for symptoms in loved ones and have greater compassion and understanding for others facing the disease.