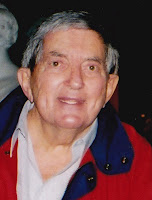 Prior to his work on "Dark Shadows" Frid graduated from the Yale School of Drama in 1954. Frid was a serious stage actor and returned to the stage after "Dark Shadows" completed in 1971. He appeared in the films "House of Dark Shadows" and Oliver Stone's directorial debut "Seizure".

During the 1980's, Frid began performing readings at annual "Dark Shadows" fan conventions. And in 1994, Frid retired to his home country of Canada after living in New York for 40 years.