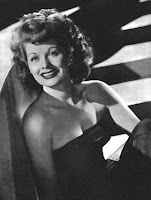 Today Lucille Ball would have turned 100 years old. It's hard to believe she's been gone over 22 years, having died at age 77 in 1989. Lucy still seems very much 'with' us. She has remained with us throughout the years due to the success and syndication of her and husband Desi Arnaz's television series 'I Love Lucy' which originally ran from the fall of 1951 to Spring of 1957.

I grew up watching 'I Love Lucy' in re-runs, and later on purchasing the entire series on DVD. I've memorized most (if not all) of the dialogue and often (almost daily) refer to different portions of episode story lines when reflecting on things that happen in my own life. I believe the success of 'I Love Lucy' was not only due to the extraordinary talents of Lucille Ball, Desi Arnaz, Vivian Vance and William Frawley, or to the brilliant foresight of Desi Arnaz to film the episodes with 3 cameras simultaneously on durable 35mm film, but to the quality of the show to accurately depict American life. 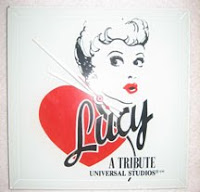 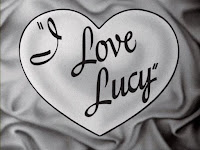 Although the show was in actuality fictional, many of the story lines were simply an exaggeration of real life. They poked fun at the ups and downs of life in America. I've often wished I'd been alive during the run of 'I Love Lucy.' The 1950's era society of 'I Love Lucy' detracts nothing from the messages we see in the show. Society is still society, and people in it still contend with all the ups and downs portrayed so many years ago in the series, making 'I Love Lucy' a timeless piece of work. It remains the longest-running show to continually air in the Los Angeles area, for over 50 years after it ended. Thus, we can only expect that Lucille Ball 'Lucy' will continue to 'live' on through this show for many years to come.