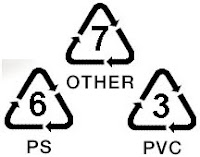 A food safety bill considering a ban on BPA (Bisphenol-A) is being resisted by the food industry and major business groups. The bill “to improve food safety” contains a “proposed amendment that would ban bisphenol-A, a controversial chemical, from food and beverage containers.”
BPA is used in a variety of consumer goods, “including compact discs, dental sealants, credit card and ATM receipts,” as well as “plastic food containers, bottles and the epoxy linings of metal cans.” The major concern of health advocates is the use of BPA in products that can leach the chemical into foods and beverages. According to federal estimates, the chemical “is found in the urine of more than 90% of the U.S. Population,” while a 2009 U.S. study “detected an average of 2.8 ng/mL BPA in the blood of 9 out of the 10 umbilical cords tested.”
The safety of Bisphenol A has been in question since the 1930’s. It is known as “an endocrine disruptor”. The U.S. National Institutes of Health notes concern for BPA’s “effects on fetal and infant brain development and behavior” and link to increased obesity. Bisphenol A is shown to affect thyroid function and can “promote the growth of neuroblastoma cells”. In Sep. 2008, the Journal of the American Medical Association published findings on a cross-sectional study of 1,500 people that found “higher bisphenol levels [in urine] were significantly associated with heart disease, diabetes, and abnormally high levels of certain liver enzymes.” Canada classified BPA as “toxic to human health and the environment”. Denmark and France banned BPA use in baby bottles. Japan replaced the majority of its epoxy-coated cans with PET film. Additionally, “many companies have voluntarily removed BPA from their products or required suppliers to provide BPA-free options.”
To avoid BPA in food products, consumers should look for plastics with at Number 7 or Number 3 printed in the recycling triangle at the bottom. These plastics can leach BPA into food and drinks and are extremely toxic when burned. These plastics should not touch food. Additional plastics to avoid are those containing a Number 6 in the bottom. Number 6 is can also leach toxins into foods, especially when heated.
Ref:
http://www.washingtonpost.com/wp-dyn/content/article/2010/04/25/AR2010042503408.html
http://en.wikipedia.org/wiki/Bisphenol_A
http://www.thedailygreen.com/green-homes/latest/recycling-symbols-plastics-460321
All content © Village Memorial. 2009-2010.