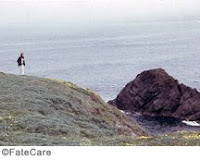 I met Mrs. S on a flight to Los Angeles last December. She was heading to visit her son and daughter-in-law for the holidays. As retired widow, Mrs. S spent much of her free time traveling. She’d been to more countries than I can recall, but listed some in Africa, Europe, Asia and South America, just to name a few. Her last trip had been to take her granddaughter on a cruise to the Netherlands. (She made a point to take one of her children or grandchildren on nearly each of the trips she made.) Although, she usually traveled with friends. Their rule was to go to as many countries as possible and whenever someone asked why they'd gone someplace unusual, they replied, “Because we’ve been everywhere else.”

Besides travel, Mrs. S’s calendar was full with activities and personal hobbies:
Mrs. S was truly an inspiration to me. She was more vital and active than most younger people I know. She maintained close relationships, good health, hobbies, and still found time to travel. She was intellectual, clever and kept up with current technology, including making the most of financial rewards and incentives programs. I can only aspire to be as well rounded as Mrs. S. She is a role model for life in general as well as an inspiration for living when I reach her age. I can only hope that I will find myself as well balanced and vital as her when I am in my 80’s.